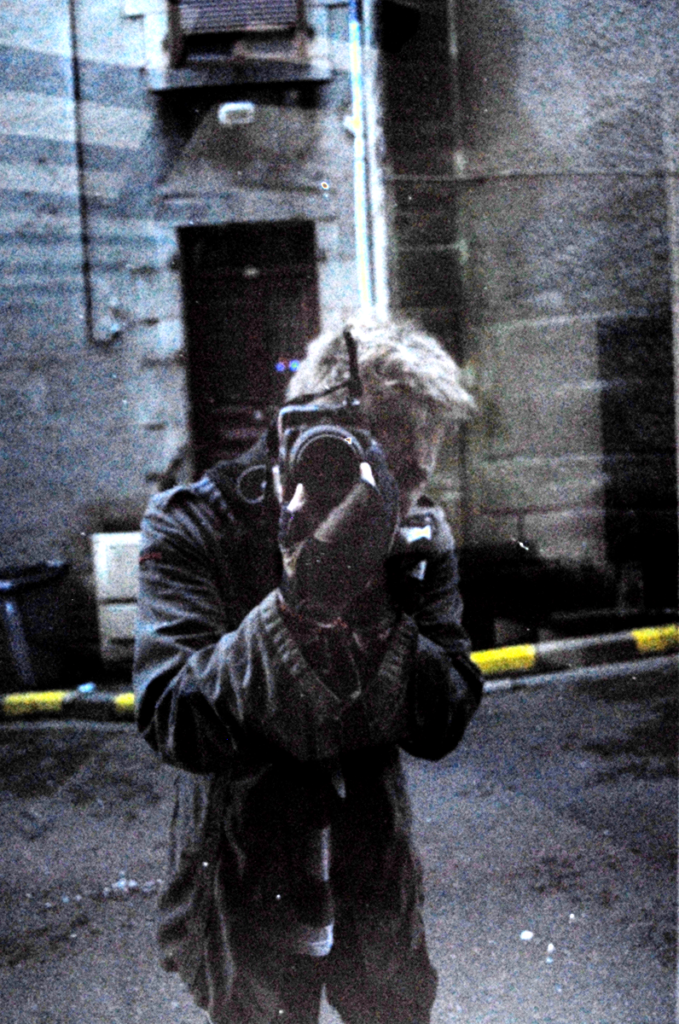 Josie Rey is an anarchist investigative photojournalist living on the run. Joe focuses primarily on stories examining austerity, property, poverty, power and the movement of refugees across the European Union. Since the Brexit vote in 2016, he has been based across Europe, investigating struggles in Greece, France, Spain and Germany.

Josie is a journalist without a guild or union. The core of his principles are held in the protection of his sources and a flat refusal to send documents and photographs to local police authorities. He is ‘Free’, independent but bound to the principles of his association with anarchism – the application of the tools of journalism to challenge those in power, not reinforce the lies that keep us all oppressed.

If you wish to challenge the journalist on his investigation, discuss the issues here or contribute/collaborate to a story, please contact;

The photography and writing of Josie Rey is licensed under a Creative Commons Attribution-NonCommercial-ShareAlike 4.0 International License.

My friend! As a Brazilian you know more than me – that the shit hit the fan a long, long time ago.

Your government resembles the United States government, both of them probably the most dangerous political terrorists in the world. Let me underscore that statement with the fact that, with full knowledge of environmental disaster (virus being one risk), they continue full steam, pulling humanity closer to the the wall… Here is an article I published that puts this in the perspective of my past refusal to look after my own health…

That will also explain something I found out recently about my health, I have been epileptic for over 13 years but was only recently diagnosed last year – throwing my life up in the air. I was in Berlin, Germany at the time and so i returned ‘home’ as I am a citizen of the UK and assumed I would have more rights in dealing with my health. I was wrong.

That article is one of the best things I have written and is an actual letter I sent to the PM and Leader of the Opposition.

The reason why I was in Germany was because I had met a beautiful German Jewish Anarchist and for the last four years (duration of Brexit negotiations) I have been trying to move to Berlin. I was stopped primarily because of something called a devil’s circle. We recently broke up.

Anyway that is the reality if you cannot buy your way in. If you own property or have above average salary then of course you can give the devil some coins and he will break the circle. This is the conditionality of immigration, the rules and behaviors expected of those from another land. Poverty is not seen as a plus.

Poverty is not a lack of something. It is not missing something. It is a form of hunger transformed politically by inequality. Hunger and food waste lives side by side. It is not that you are hungry because there is nothing… we are starving in a land where supermarkets produce as a condition of capitalism; a surplus of food.

Anyone who cannot psychologically grasp that concept has never gone without, when there is. In this article, I was living in Spain close to Barcelona. I had tried to escape Berlin a few times to Catalonia and this is the result of the re-incarnation of George Orwell, returning to Catalonia almost 90 years since he was last there during the Spanish Civil War.

He wrote Homage to Catalonia, I highly recommend you read it.

Here is my homage to that homage. I also have made a little reference to Animal Farm…

NOW! lets get to the juice of what it is I do: I am an anarchist investigative journalist. In 2016, I started an investigation into the Greek police in their handling of the refugee crisis, as well as the French police and UK government, and how they dismantled the Calais refugee camp on the sea border to England.

So all of that should keep you going for some time. In one year I have managed to publish three articles and four investigations. My first one that was published was in the oldest anarchist publication in the English language that still survives. My first story was on gentrification in Berlin and how a home that gave me shelter after leaving London was changing in a way that would force me back out on the streets in search of a home.

It is an investigation into landlords and the process that changes communities for the needs of the rich. It destroys community and pulls apart connections, culture and life. It is called – Evict Your Landlord!

Remember this! Our political leaders have no imagination. Their empires are built on sand, their realities incompatible with humanity. Kicking and screaming they will fall. Our task as revolutionaries, as dreamers, as fighters, as teachers and carers, as activists, as humans is to keep up this historical struggle to survive.

Imagination is survival. Denial is asphyxiation.

With love, courage and strength!