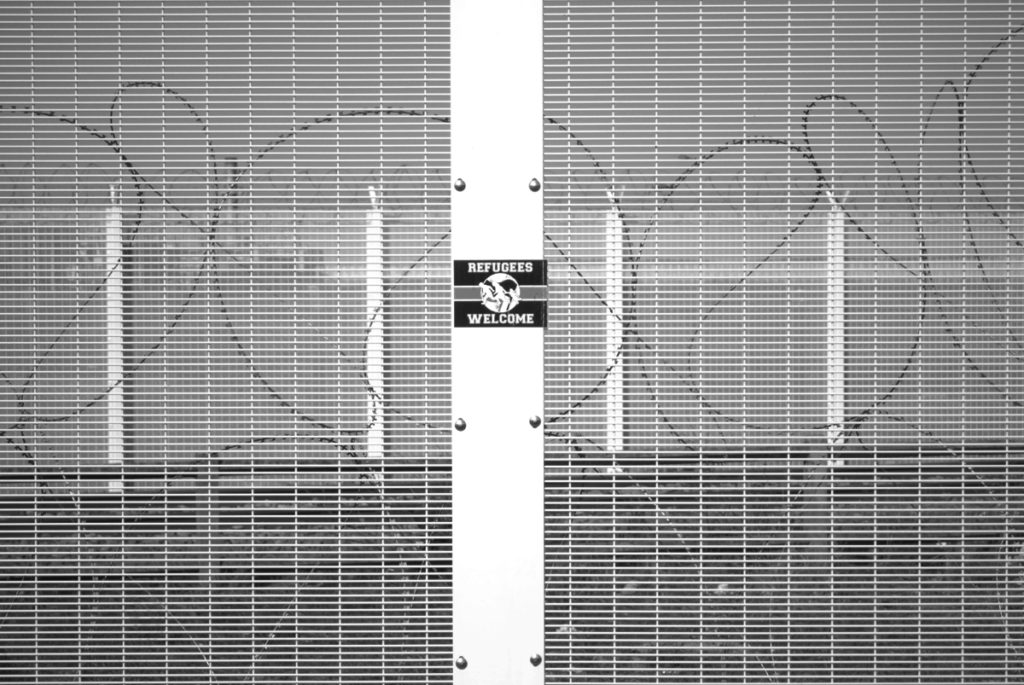 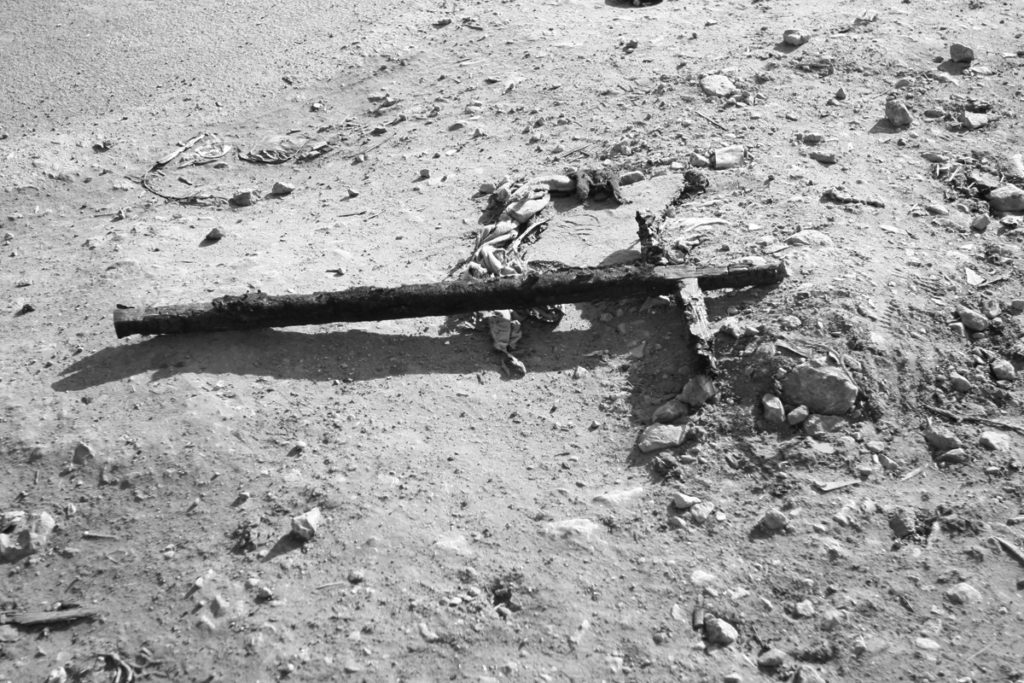 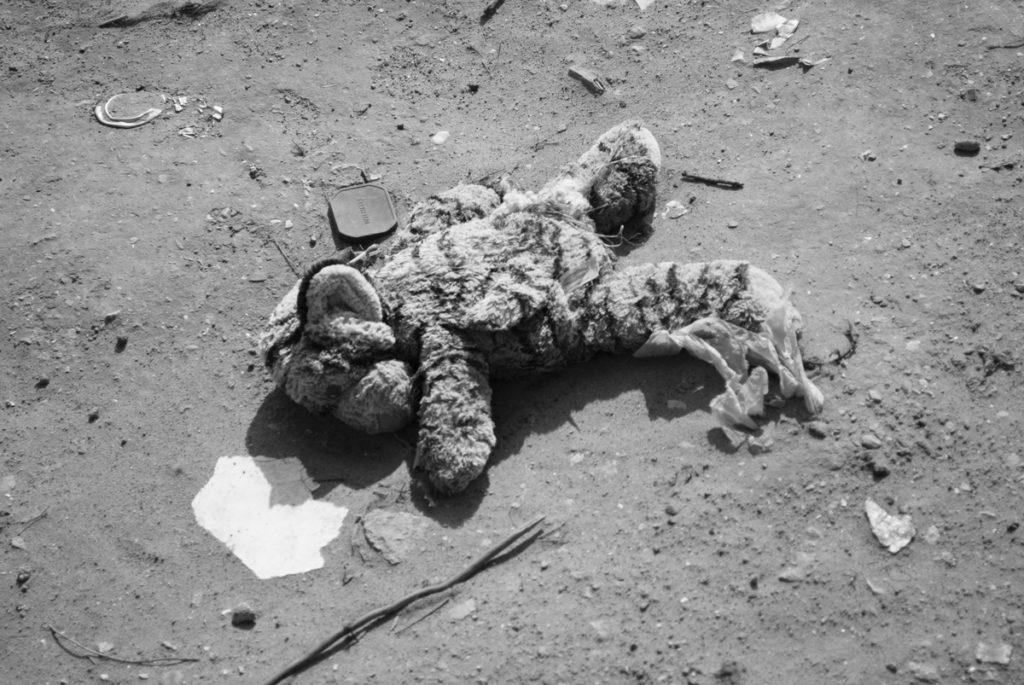 He moves across the wasteland until he arrives at a hamlet of shelters and homes that survived the teeth of the bulldozer.

Next to them was a 15ft white fence that enclosed containers stacked on top of each other. Reza hated this place, it was run by the French government who had also ordered their police force to demolish his home.

He approached the fence because his friend Mohammed lived there and was drinking sweet tea outside of his container.

The two friends met at the fence saying nothing. Mohammed passes a tea to Reza and watches him slowly as the sun rises from his back.

You must go now before they come, Mohammed whispers to Reza, looking at his leg. 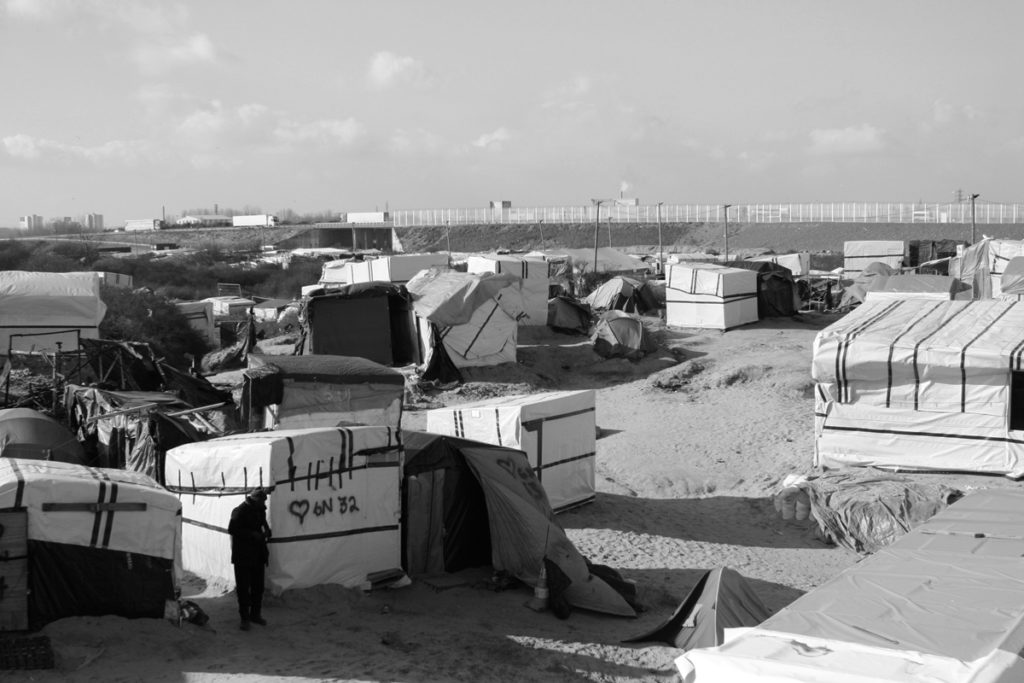 David stares at the eggs on his plate. It is 08:05. He is alone in the breakfast room of the Calais youth hostel, except for the journalist he had been drinking wine with the night before, who was also looking at her food with a form of malice. The buzz of the refrigerator fills the room and the sterile tube lights burn into David’s hungover eyes. Ready to go? He asks the journalist.

Mile and miles of white fencing flicker past the window of an old Citroen as it makes its way out of the town centre. The journalist stares out the window as David shifts gears and moves onto a side road close to the motorway, a road that leads a refugee camp known as The Jungle. As the Citroen comes to the entrance of the camp, it is stopped by a police checkpoint. They are both ordered out of the van by armed police who then proceed to search it. 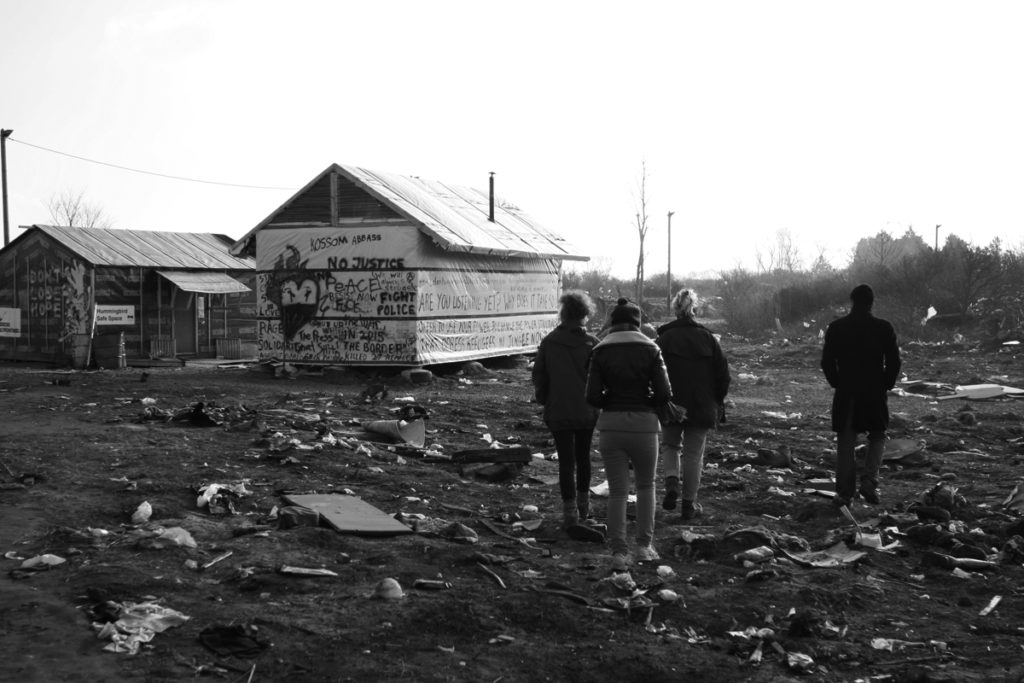 Her lead told her to find a church, that the pastor there would help her. That was over many whiskeys in a Camden pub in London and now the journalist was in rural France, camera in hand and on the edge of a motorway.

“Do you know where the church is?” she asks a group of men. They point silently across the wasteland. 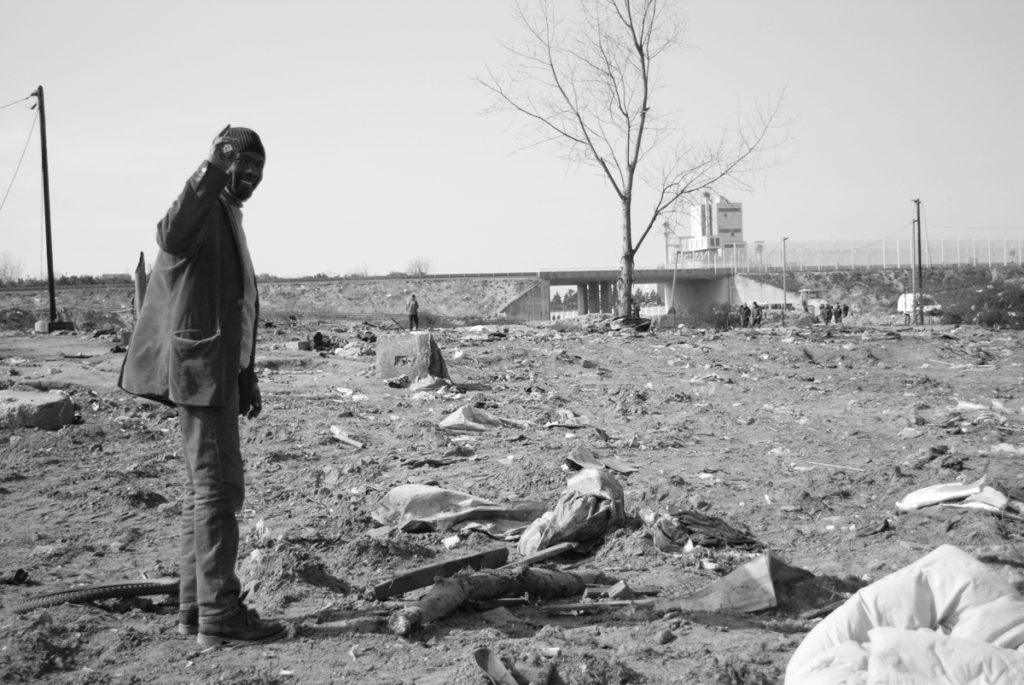 Reza watches the sun rise as he walks through the French countryside, the blood from an open wound in his leg drips down onto the morning dew.

The sound of a nearby motorway slowly begins to fade and the winter wind from the sea replaces it, although Reza barely feels this.

The adrenaline released from his injury was still strong in his system.

Suddenly the trees give way to a wasteland, an expanse of bulldozed land littered with the remains of a community now reduced to dirt. Reza notices a child’s toy on the floor, a bag of rice and the charred remains of a church burnt to the ground. ‘These are signs of violence’, he thought. 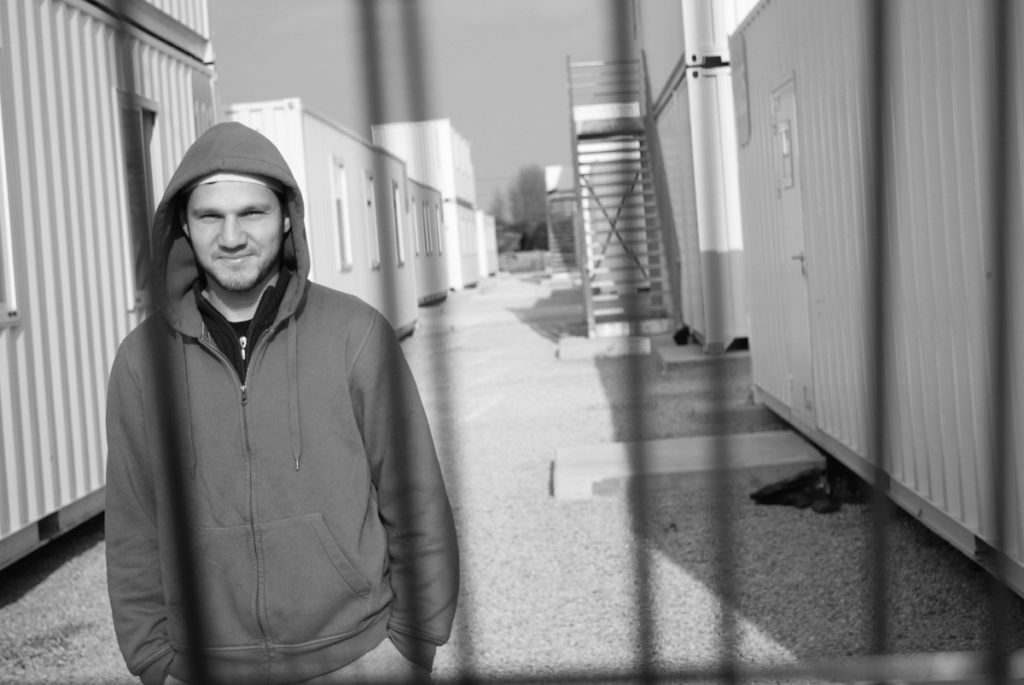 Reza makes his way quietly through the shacks and shelters that he called home. Home was a pragmatic concept for Reza, a day by day struggle.

He had been a refugee twice – first from his birth home in Afghanistan and then from his childhood home in Iran. He had lived in refugee camps in Turkey, survived an almost

fatal boat journey to the island of Lesbos and was then arrested and tortured by the Greek police in Athens. He had slept on the streets of European cities and had travelled thousands of kilometres to the English Channel.

Reza is 19 years old. His leg starts to feel numb. 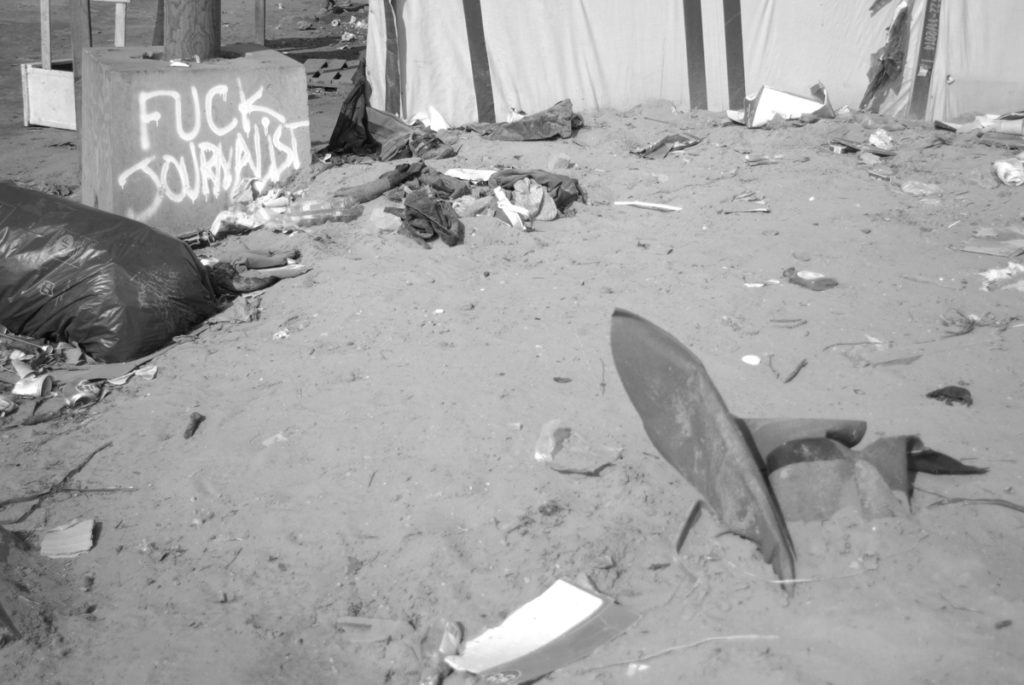 Papers are taken, questions asked. “What is this?” a police officer asks David.

“I’m a teacher” David spits on the ground, looking at the English textbooks.

They get back into the van and the police watch them as they drive away, the gaze of their weapons always pointing at the windscreen. “Fuck” David shouts at the steering wheel, letting out an uncontrollable, repressed aggression. “Those arseholes beat kids” he tells the journalist. The car stops and the journalist gets out. David notices that his passenger is twenty years younger than him and looks her up and down before giving a “good luck kid.”

The van disappears into a cloud of dust and the journalist walks up to a ground of men, on their way to a food distribution centre run by volunteers. 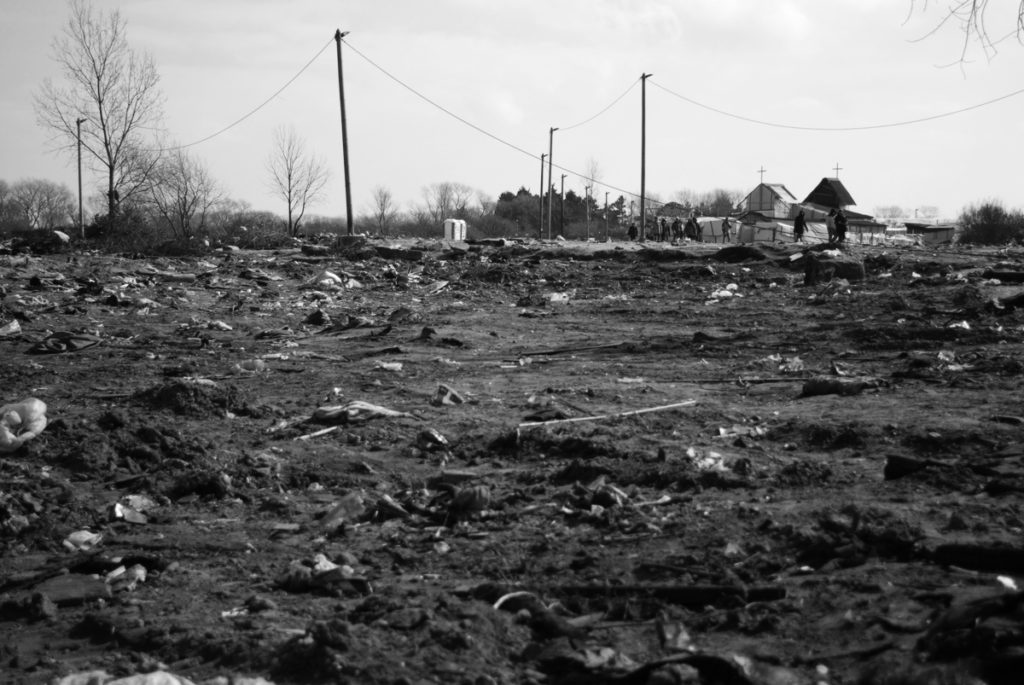 This is an extract from the full story. To order a copy or help with funding the publication of this story, please contact Josie Rey.

Exhibited in the Dublin Castle in London and across the United Kingdom. 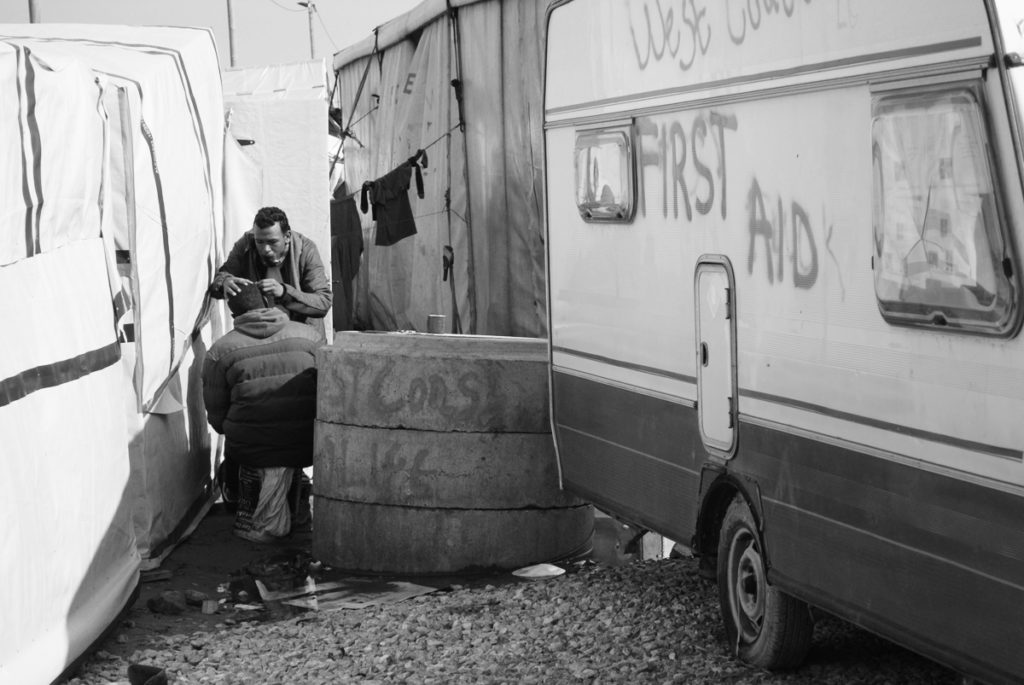 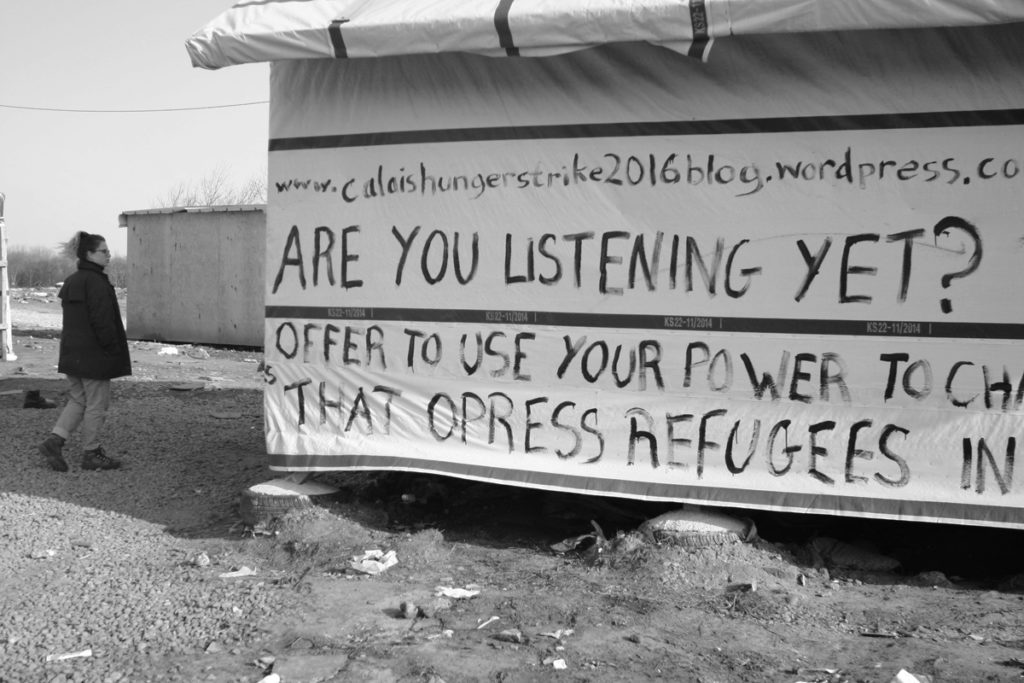 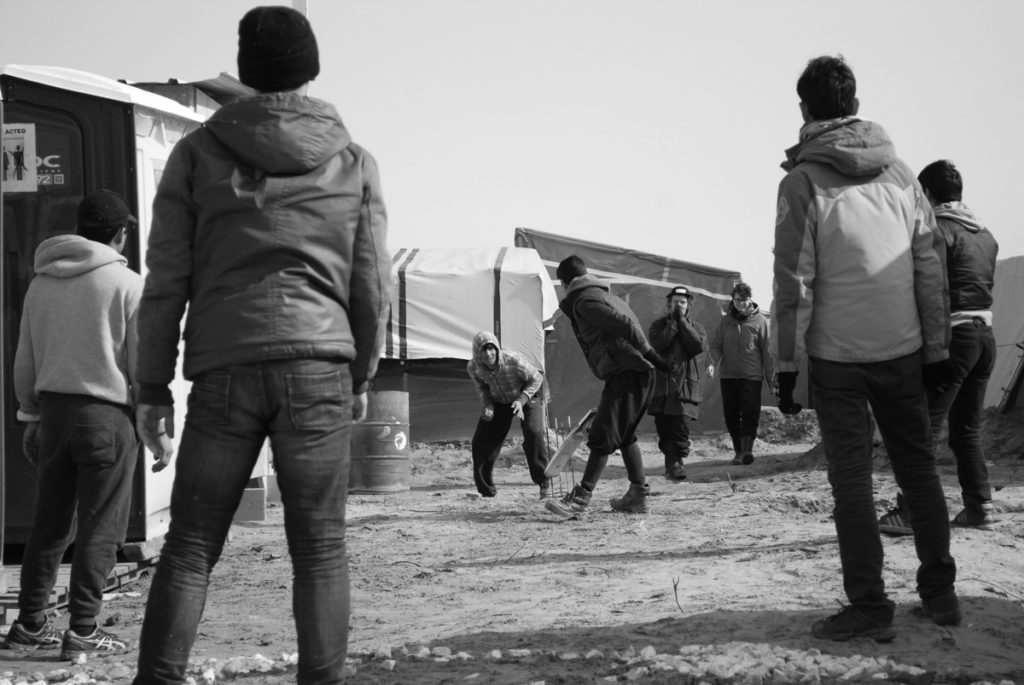 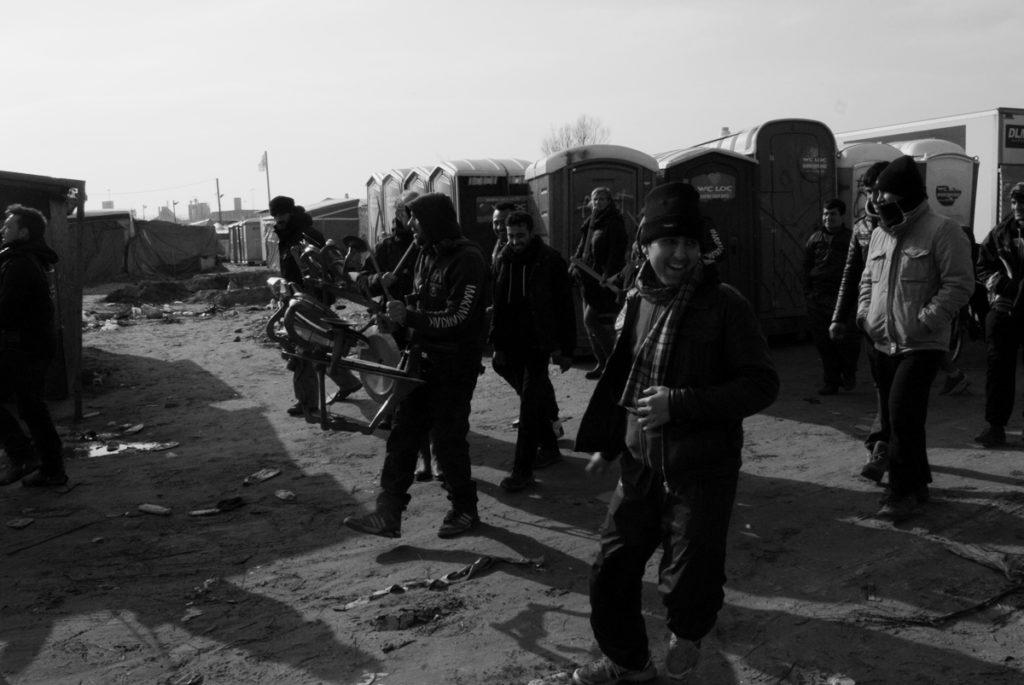 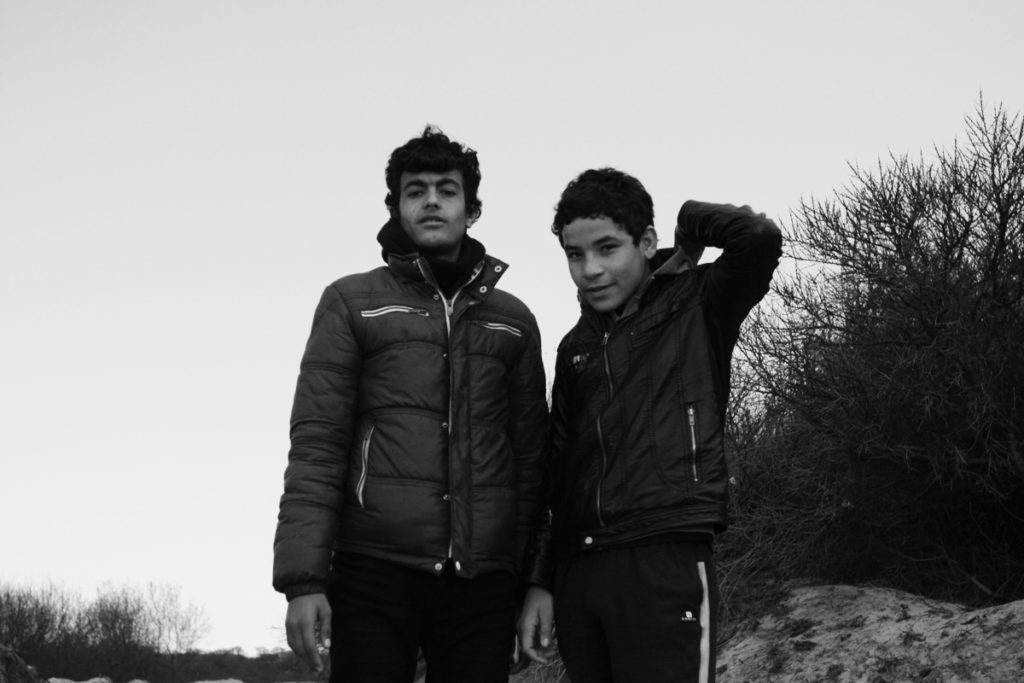 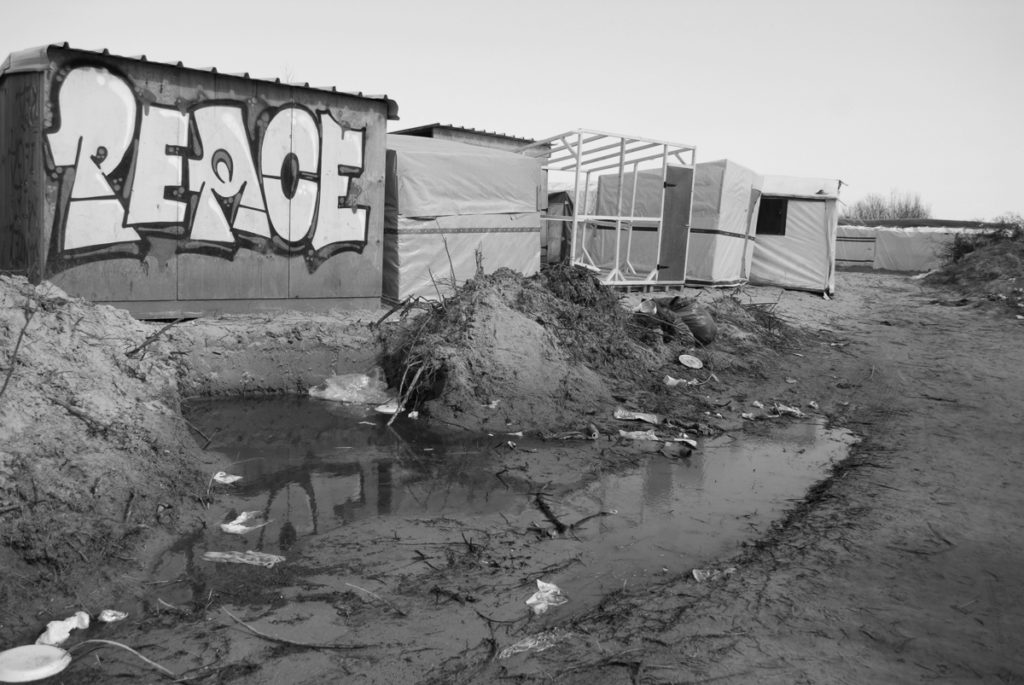 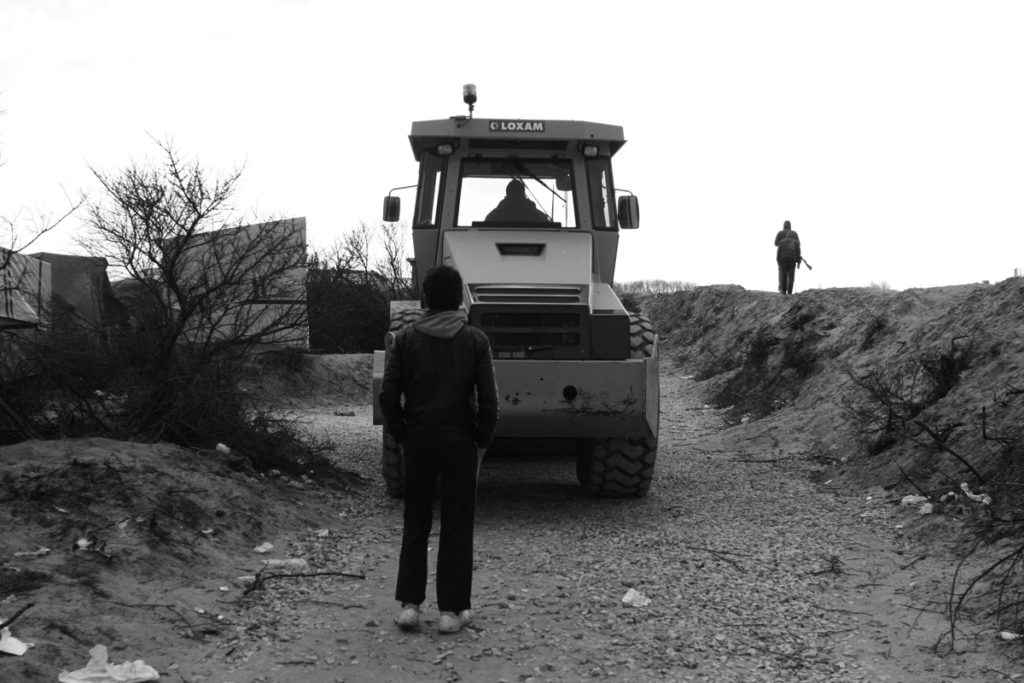